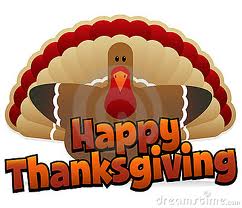 Thanksgiving.  What a weird freakin’ holiday.  You celebrate being thankful by buying up every bit of food in the grocery store and cooking a massive, gluttoness meal while others starve.  Now I’m not saying I work every Thanksgiving in a soup kitchen, just that you gotta admit this is weird, and something only Americans would come up with.  It’s capitalism with a side of gravy!

You’re not saying people make money off of Thanksgiving? Nooooo.

Of course I wasn’t nearly so cynical as a child, though I still thought Thanksgiving was a crap holiday.  I mean, you got food.  So what?  We always had food – that just magically appeared.  Like socks and underwear.  So why a holiday about food?  Where were the darn presents?  Then I’d be a little more thankful.  At least we got some time off of school. 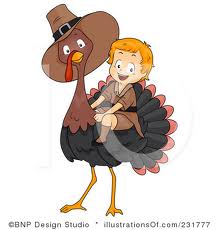 First I’ll ride ya around and then I’ll cook you and eat you! Wheee!

School was equally weird.  You celebrated the story of “The First Thanksgiving.”  You have to wonder if any of this crap really happened of if this was a massive marketing scam for turkey suppliers.  Anyway, we all know the story.  The pilgrims were starving because they couldn’t figure out that you could put these things called seeds in the ground and get plants you could eat.  Look, I’m no gardener by any means, but even I know that you can get food (supposedly) by planting seeds for it in the freaking ground.  Although all the gardens we ever tried to make, even when I was a kid, were dismal failures.  One time we planted corn and my pet dachshund claimed it and snarled if we came near.  She liked corn on the cob. She was a weird dog.

Just for this, I’m eating all your freakin’ corn this Thanksgiving.

Wait, where was I?  Anyway, maybe the Pilgrims were all just crappy gardeners like me.  I guess that would explain some things.  So enter Squanto, an Indian.  The Pilgrims called the native peoples Indians cause Christopher Columbus thought he’d landed in India and called them that.  So their name was just a geography error.  Good one, Columbus.  I’d have been a little hostile too if someone had shown up at my house and decided to call me a Martian cause he was pretty sure he’d landed on Mars (admittedly parts of Texas look like the surface of the planet.)

I’ll call you Indians, yo.

So there was some tension between the Pilgrims and the Indians.  The pilgrims would shoot at them, and the Indians would get annoyed and throw their axes and do that hollering thing while patting their mouths and dancing in a circle and wait I’m remembering the old Bugs Bunny cartoon, sorry.  They didn’t like each other, let’s say.  But then one day (this was Thankgiving day, you guys) the Pilgrims were all starvin’ all over the place and probably making a lot of noise about it, because they were Americans, and we never do anything quietly.  And the Indians were getting tired of it, so they said, “Squanto, go shut them up.  Give stupid white man corn.  Plant it for him if he too stupid.  Why I talk like this?  I not a moron.  Stop doing Indian talk, Alice.”  Oh, sorry, Chief whats-your-name-not-as-fun-to-say-as-Squanto.  Squaaaanto.

So Squanto came, and the Pilgrims decided that since they were starving, they would wait to shoot him after Thanksgiving, which was nice of them.  Squanto showed them the planting thing – probably several times since I think these guys were kind of dumb – then pointed to the enormous birds that were hangin’ out all over the place.  “Hey, white guys.  Shoot the big, ugly birds!” he said.  And the pilgrims did.  And then they did buy brown and serve rolls and cook green bean casserole and roast turkey.  And they invited the Indians to come on down and they all sat together and nom nommed together like buddies which was way cool.  Until the next day when we started killing them with smallpox infected blankets and breaking treaties and stuff.

Besides hearing the Thanksgiving Story, we also did Thanksgiving crafty stuff.  I can remember making the Pilgrim hats and Indian feathers (cause they all wore feathers, you know) and some of us were Pilgrims and some of us were Indians.  The boys wanted to be the Indians because they liked the idea of scalping people.  And we often had really lame plays.  I remember helping in one kindergarten class, and one of the kids said, “The Indians were surprised to see the Pilgrims because they had never seen real people before.”  Good thing all of us grew up and got more enlightened than that, right?

We also drew with markers on tin foil.  I have no idea why.  We drew cornucopias, which were like giant bugle chips with food falling out of them.  Supposedly that’s what the Pilgrims ate out of, though it doesn’t seem like the best method of storage to me.  Maybe that’s why they were starving. Also, we drew turkeys by tracing our hands on construction paper and our parents had to act like they were great.  They also had to sit through our programs which were terrible and for which I am now paying with my own children. The circle of life. 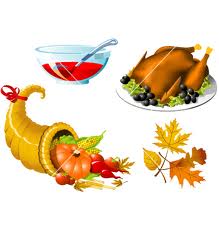 The first Thanksgiving dinner. I guess they ate leaves. And . . . jello?

As an adult, Thanksgiving is slightly better in that someone else cooks for me (it turns out food, at least decent home-cooked food, doesn’t magically appear.  Neither do socks and underwear.)  On the other hand, you have the trade-off of having to be with extended family which can be tenser than the very first Thanksgiving when the people eating had just been trying to kill each other days before.  But still, it’s a holiday, and most people get time off work.  Unless you’re some unlucky person that has to work retail during the next great American holiday, Black Friday, which now starts on Thursday, which is actually Thanksgiving.  Where you give thanks for working at Target for minimum wage and not even getting an entire day with your family.  Yay! 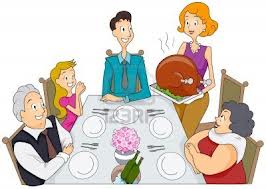 The big family meal is easier if you first ingest lots of drugs. And wtf with the turkey?

Oh, wait, I was going to end on a happy note.  Um, remember the Charlie Brown special?  That was fun, right?  I don’t actually remember any of it, except I think Snoopy had a Pilgrim hat on.  That little scamp.  I’d have totally put that dog to sleep.  Um, helped him go to sleep with a little pillow and blankie.  Yeah.  I’m gonna stop now.

I think I ingested too much tryptophan. The turkey AND the pumpkin are talking to me.