Some friends and I (I will protect their guilt by using their initials T.D. and Merbear.) were discussing Sesame Street the other day.  There is much you may not know about this place (people still can’t figure out how to get there, for instance.)  Then we discovered this breaking report from Fox News that revealed all.  We will pass on our fair and off balance summary to you.

If you donate to PBS, Big Bird will hook you up with some good drugs.

Rumor has it Grover gave the beat down to Elmo.  Finally. 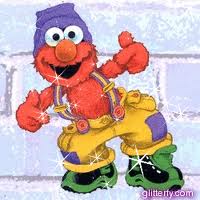 Elmo is not so fly as he may appear.

Prairie Dawn only acts like she has a stick up her butt (which she does but, nevermind).  In reality, she’s a skank.

Telly Monster is no longer addicted to television.  Now he does strange things with triangles.  Oscar could give you more details. 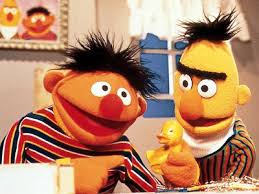 Ernie stole Bert’s nose for the final time.  Bert is now a serial killer.  Word is that Ernie can now be found in pieces in Bert’s dresser drawer.

People tried to give Cookie Monster veggies, but he said heck with that and barfed on them.  Observe.

If you think about it, the Count is kind of attractive in a non-sparkly kind of way.  He got a job at a government agency.  One, two billions of dollars in debt!

This post brought to you by the number 666 and the letter eh.

We are all going to Hell.