It’s pretty and it’s quite stout

But if you don’t decorate it right

I’ll go and punch your lights out! 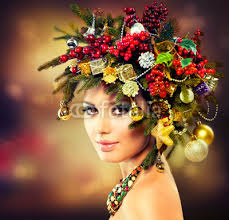 No, no, no, you decorate the tree, stupid.

These are not the correct lyrics to the song.  I’m actually not sure what the correct lyrics are beyond “O Christmas Tree.”  For all I know they could be the same as the lyrics of “O Canada”, since I also don’t know any of that song except “O Canada.”  Yes, I could Google it, but why bother when you can find such fabulous news stories as this one?

I heard about it on the radio station this morning and looked it up.  This is one of those stories that really makes you believe in hope, wonder, and the Christmas spirit and I swear I am not making it up. 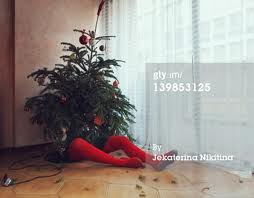 One of the women in the story was found like this by police . . .

This story, which you can read if you follow the link, concerns a few related women.  Two of them started decorating the tree, another one came home and got mad they did it without her, and all hell broke loose.  Over a Christmas tree.  Ridiculous you think?  Well, I can totally believe this.  My family almost always gets in some sort of fight every single Christmas – it’s as much a tradition as pumpkin pie.  But I don’t think we’ve actually gotten into a fight over decorating a Christmas tree.

Now the library is another matter.  You would not believe just how important decorating is in a library.  This is a place where having certain psychiatric disorders, like say OCD, are of actual benefit to your job.  I can be rather obsessive myself, but rarely about anything regarding work.  Librarians can turn obsession into an art form – at least they can here.

We have a Christmas tree at work.  It has origami paper decorations that some librarian who no longer works here made who knows how long ago.  Each year they are flattened out and carefully hung up because being paper, they could tear.  Sometimes one of the librarians, I kid you not, irons the paper.  Anyway, my first year at this university, I thought decorating the tree might be lighthearted and fun.  How stupid was I!  This was serious business, people, and needed to be done a certain way. 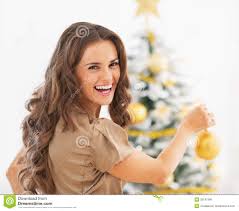 OMG I am having SO much fun help me now!

For instance, you were not to put the swirly decorations on first.  That’s because the swirly ones were supposed to fill in all the open spaces (there were none) in the tree after the other decorations were put up.  I was informed of this when I mistakenly tried to hang up one of the swirly pieces of paper first.  This annoyed me, so I hung up the swirly ones first anyway, whenever their backs were turned.  Like I told you before – rebel.

It quickly became apparent that there were far too many cooks in this kitchen, but no way could you escape or you were abandoning everybody.  I’m not sure I’ve ever had the fun so thoroughly taken out of a project.  I decided not to help with the decorating after that year.  Considering what happened to that family in South Carolina, I think this was wise.  I’d hate to see the 911 call that would have inevitably occurred when I got caught putting up decorations in the wrong order.  It could have gotten ugly, fast, and we can’t have aggression in a library – unless it’s passive, then pile it on!

This, by the way, is yet another reason I think librarians drink so much at library conferences.