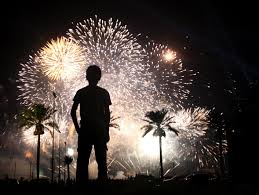 Recently, I’ve come to know some new bloggers.  I’ve also gotten to know some better than I did before.  And that’s because someone spoke out.  Her name is Calamity Rae.  She writes about abuse, and how people are bullied into being quiet.  She’s not being quiet anymore.

“Some folks whispered and some folks talked

But everybody looked the other way.”

How often do we do this?  I don’t like confrontation, I really don’t.  In fact, I’m actually much less brave as myself than I am as Alice.  But Alice and the writer behind her are not so far apart.  We get closer everyday, and I get braver every day.  You see, I’m generally a very meek person.  Don’t laugh, I really am.  When I am picked on, I get quiet.  I let it happen.  I am the perfect victim, because bullies know they can get away with it.  They know I’ll be too afraid to confront them, especially when they hold some sort of power.  And that, my friends, is how they get even more power.  Silence.

A little over a year ago, I became friends, or I thought I did, with a blogger.  He called himself Le Clown.  Do you know how hard it was to type that sentence right there, to point out that name?  Again, I hate confrontation.  And I will not bring this subject up again.  I know it’s exhausted.  But I also know that I will not feel right until I give my view on it.

We met during a blogroll contest.  It was goofy and a lot of fun.  So many people got into it.  You see, his blog was like this big virtual playground.  People met, got to know one another, followed each other, became friends.  Friends built around one figure, this benevolent guy who promoted other people.  After jumping through dozens of weird hoops, along with others so it wasn’t quite so strange, I actually made it onto his coveted blogroll.  I only did so with the help of other bloggers.  People liked me, and gave me their clown noses.  Yeah, that’s how the points were counted.

He seemed like a genuinely nice, funny guy.  Maybe he was and he changed.  I don’t really know for sure.  But things started changing when he was freshly pressed, and quickly afterward, so were many of his circle.  I was once a part of that circle, but I did not get the honor several others were getting.  It stung a little, but I tried to be a good sport about it.  Then I saw a blogger who’d been pressed for the fourth time, and her attitude about it was atrocious.  She basically yawned about the honor so many wanted.  So I wrote a post about it, mostly stating that I felt like WordPress should give the many other great writers a chance first, before going with the same few people over and over.

This displeased the clown.  He let me know in a comment.  It was the first negative comment I’d ever gotten, and it wasn’t the only one.  I took down my post and put up one explaining why.  Then I got people who said “Hey, why take it down?  You have a right to your opinion.”  So I decided to put it back up.  Okay, it wasn’t my proudest day, but I figured, no big deal.

Oh, but it was a big deal.  I got an email right after from Le Clown that stated that I had just been defriended on facebook, and my blog unfollowed.  He said I made him uncomfortable, and that I was rude, not funny.  It was like someone had pulled the rug out from under me.  Here I thought I had found a fun, safe place to be.  And then someone I admired, someone I trusted, just told me my writing was no longer for him. But not just that.  He told me I was bothering him somehow, and had been for a while.  .  It made me feel horrible.  I was not only a lousy writer, I was some annoying gnat that bothered him?

I have depression.  My writing is too much a part of me, but it’s the most important thing in my life, and always has been.  I don’t blame him for my depression, or for my identifying too much with my art.  But his words did set off a depressive spiral that took a long time to return from.  In fact, I don’t think I ever felt over it until Rae wrote her post.

You see, after I was dumped from the “cool table”, I continued to follow his followers.  So many of his friends were my friends.  I saw him honor them with guest posts and other accolades.  Each time it felt like a dart to the heart.  Why wasn’t I included?  What had I done that was so wrong?  Other people said stuff far worse than I ever had.  Why was he mad at me?  How had my writing become bad so suddenly?

I wanted to talk to someone, and I tried a couple of people, but they all had the same opinion.  Shut up.  No one will believe you over him.  It will sound like sour grapes.  He’s too powerful, has too many followers.  So I did shut up, and I kept it all inside.  And it threatened to swallow me whole.

I know I sound overdramatic, and I know that I have not gone through anything truly terrible like so many others have.  I have several blogger friends who write about abuse they’ve suffered, abuse no one should ever have to endure.  Some stay anonymous out of fear, rightly felt, that their abuser might find them again.  Some choose to show themselves.  I admire these people so much.  I don’t think I could be that strong in their situation.

But the sad thing is that there are those who prey on those who have already been victimized.  They have radars.  They spot the weak.  I know this because I’ve been the bullied, meek little mouse most of my life.  I have always wanted to please people, have searched for approval everywhere I go.  Never would I dare fight back – what would they think of me?  It was the same with the blog.  How can I say anything?  That would be social media suicide.

Rae knew this as well, but she spoke up anyway.  What happened to her was far worse.  He’d said things to her that were disgusting, and uncalled for, and when she protested, he didn’t stop.  But it was the public lashing Le Clown had his friends give one of her friends that got her to speak out.  Often we will do for others what we will not do for ourselves.

So she outed him.  Not with stories or anecdotes or hearsay, but with actual evidence.  Screenshots of emails with his face, his words.  Yet people will still deny that it’s real.  People will still look away.

But not everyone will.  When I saw that she was brave enough to stand up, I felt the least I could do was comment.  So after some trepidation I briefly told my story.  And then, to my amazement, a few more people did.  And then more people.  Many of these people I knew, yet I’d had no idea they too had been bullied and pushed around by him.  All this time, we could have been helping each other.  But we kept quiet.  Because that’s what good people do, right?

Yet when her post went up, we found each other.  Rae held up her one candle.  It was one tiny light in the darkness.  But other candles joined hers, and the light got brighter and brighter. People got braver and braver.  They joined in the chorus. Some wrote their own posts.  Others reblogged.  Some people reblogged the reblogs.

Let the whole world know that today is a day of reckoning.”

Rae has gotten quite a bit of flack from all of us “teaming up” on one person.  But they don’t understand that he has teamed up on so many, using his followers to put people in their place.  Over and over again.  If he is the victim now, it is only because he victimized so many others.  Karma really is a bitch.

“Let the weak be strong, let the right be wrong

Roll the stone away, let the guilty pay

At this moment, it seems his blog is shut down.  I don’t know if it will stay that way.  I’m sure he’ll be back, and have more followers eventually.  And I know there are many who still support him, and that’s their choice.  I don’t blame people for not speaking up, because it is very scary.  But for those that did, I thank you, more than you will ever know.  For once, I feel like there has actually been some justice.

But maybe it’s the only way

Talk about your revolution

Leave a Reply to Sorrow on Fire: The Clown is Gone | merlinspielen Cancel reply