The Throne and the Brainless

It’s been a while since I’ve written a Game of Thrones recap.  If you need to catch up on earlier recaps, you can find them under the tab that um, says “Game of Thrones Recaps”.

Anyhoo, there are a lot of sayings that are bandied about on Game of Thrones.  One is “Winter is coming”.  Another is “A Lannister always pays his debts.”  But the most important saying of all is missing.  I quote from the great movie “Spaceballs” . . .

“. . . Evil will always triumph because Good is DUMB.” – Lord Helmet

Okay, on with the review.  Woot.

First off, Tyrion stops off at Winterfell and is totes awesome, as usual.  Really, they should just give this guy the whole damn show.  Robb Stark (High Babysitter of Winterfell) is a snotty twit to him, cause he’s a Stark kid.  Tyrion schools him on common courtesy, then presents a saddle design that will allow Bran Stark to ride horses again, saying he has “a weakness for cripples, bastards, and broken things.”  Yeah, you’re pretty much surrounded by them, Tyrion.

Tyrion leaves and sees this kid named Theon Greyjoy (no really), who is like a prisoner of the Starks but raised by them because I don’t know, but Tyrion insults the crap out of him, which was funny. 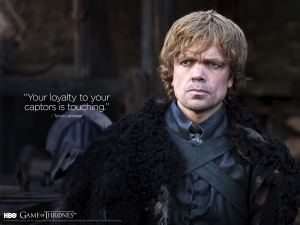 Just give Tyrion the throne and be done with it.

Next we’re back at THE WALL with Pouty McPouterson, er, Jon Snow, who in case you forgot, is Ned Stark’s bastard.  I know Jon doesn’t forget since he’s reminded of it in every damn episode.  They get a new chubby kid, who the others name “Piggy” and oh oh, I remember another fat kid called Piggy and he didn’t meet a good end.  Sure enough, they try to beat the crap out of the kid until Jon stops him.  Playground politics at its finest, folks.

Everybody calls me bastard and it really sucks!

Back to Dany and the Barbarians.  They reach the capital of Horse Land and Rat Nose (Dany’s brother, keep up) acts like a total asshat again.  Surprise.  That other white dude (Jor-El?) says the Dorkraki, fierce warriors, won’t go to Knot’s er King’s Landing cause they can’t cross the Narrow Sea because they are afraid of . . . salt water.  Maybe Rat Nose should have looked this up before hiring them as an army.

Rat Nose takes a bath with this naked girl who taught Dany how to do the Lambada with Beefcake – no wait, that was another girl.  Maybe.

Ned Stark, the King’s new right “Hand” gets stuck in another meeting with the Dream Team council, and finds out that the Tournament he didn’t want is causing all kinds of bloodshed, but hey the whores are walkin’ all bowlegged cause sex!  So you know, business as usual.

Ned starts snoopin’ around to find out who killed the last King’s Hand.  Um, Ned, this is how people in horror movies die.  Just sayin’. 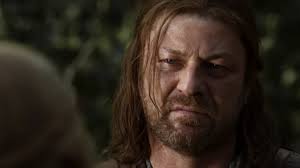 Arya, spunky younger Stark daughter, is balancing on one foot cause she’s gonna be the next Karate Kid.  Dad says “One day you’ll get to be a nobleman’s wife!  Fun!”  She thinks that would suck.  Smart kid.

Weasel Boy yammers about his spies and crap to poor Ned and says not to trust anybody.  Well, duh.

Admit it, ya’ll are all hot for me, right?

Jaime (half of the twincest) Lannister yammering to – someone.  They might have said something important.

Dany gives Rat Nose a gift and he smacks her for it.  But she hits him back saying that the next time he raises a hand to her he won’t have hands.  Do it, do it, do it! 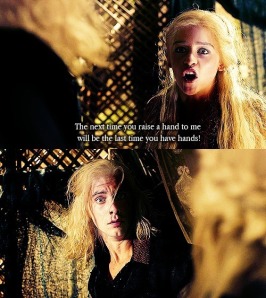 Back at THE WALL, Jon protects Piggy, er Sam, and they get kitchen duty.  Jon says he’s a virgin cause he doesn’t want to make more bastards.  Hundreds of fan girls offer to marry him and help him out with that virgin thing.

Two dudes fight in a tournament.  The huge one called Mountain kills the other one.  Mountain is the big brother of the Hound.  They have another brother named Flower they never talk about.

Queen Cersei and Ned playfully threaten each other. 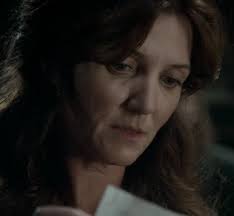 “Hey, who wrote me a letter telling me to shut up already? Alice!”

Oh, yeah a song – crap it’s gonna be hard to keep this up.  Gilligan’s Island everyone!

Sit right back and you’ll hear a tale

A tale of an idiot

Her name was Catelyn Stark

and she is such a stupid twit

And that dude’s stupid too

He’s being all noble and soon

He’s gonna be all dead.

With Jon Snow, and the dwarf too

King Robert and his pycho wife

Buncha prostitutes and the demon seed

Here on Game of Thrones!