They speak to meeeeee

Our poems are on fiiiiirrrrre!

Hello, fellow poemsters!  I thought you might like an update on the ever-growing, hissing at your feet Bad Poetry Society.

1. We now have four official board members!

In case you were wondering, Paul’s job involves pumping up my self-esteem, cause it is always someone else’s job to make me happy.  And Merbear’s job is to sparkle, which she does most excellently.  Heck, she even toots rainbows, just ask.

Our Bad Poetry Society Board

2. More Poems to Make You Cry (for so many reasons)

We have more poetry for the upcoming anthology soon to be self-published on Smashwords or something.  I think we should charge 1,000 dollars for it.  Heeeeere we go!

If I was talented enough to write bad poetry,I could be making millions on the coffeehouse circuit! Instead, I didn’t even know roughage and toughage rhymed… so I just sit here and draw shitty pictures. Shitty artwork is almost as special a talent as being a bad poet…

This squirrel is on fiiiiiirrrre!

I’m laughing in the shower as the water spanks me,

the tears roll down my face. Another stream

flows down my leg and in this multitude of liquids..

so glad I’m laughing in the shower.

What I most love about this poem is the use of personification!  The image of water spanking someone is like . . . something EL James would write if she had that much imagination.  Also there’s all that flow – tears, pee, water, multitude of liquids . . . the visuals are simply amazing.

If you must read these poems, please do so in the bathtub or shower.

Next we have a group of poems by an up and coming artist, my pal Ravin’s three-year-old, Snort. 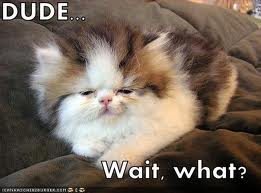 Sometimes poetry is just too profound.

I love these poems so much I have a multitude of liquids.

Not to be outdone in the kid circuit, Thing Two added her own poem.

Miley Cyrus and Justin Bieber
Twerkin’ in the Moonlit Sun,
Working that Twerking
Until the evening is done.

Way to get the pop-cultural references in there, my child.  There are clearly not enough poems about twerking.  Or either of those two morons.

SEE, Haley is not the only one with great tips.

Metaphors and Similes are great, but can be overused and sometimes just a tad ridiculous and over-the-top.  Sort of like the exclamation point!!!  Example:

Who fought the female dog (get it?) of war

In the war of love, tearing at my heart and getting it

All over the carpet like a red, pulpy, cherry slurpy.

Welp, folks, that’s enough pretentiousness for one evening!  I really wanted to hand out a badge or badges, but I’m having too much fun – er I mean there are still voices, yearning to break free, licking at the fire of stardom!  So please, continue to contribute!!!!!!!  Remember everybody is a winner at bad poetry.