The other day I had this burning issue that needed to be addressed.  By pharmaceuticals.  I think most women (and some men!) have experienced this.  Yup it was one of those.  Those things that have to do with, uh, bread rising.  And – boo boos.  Down “there”.  So I went to the dollar store to find some medicine.

They have it all at the dollar store.

What?  This is very common.  It’s as common as sanitary napkins.  That’s what they call the things women use for their punctuation marks if they get them out of a dispenser in the women’s restroom.  It sounds better than pad.  Or “diva cup” which I will not go into again.  For brevity’s sake, we can call them F.H.P. or Feminine Hygiene Products.  Anyone uncomfortable yet?  Good!

So, like, I searched the shelves and couldn’t find what I was looking for, though I did find plenty of other things.  Like douche.  No, actual douche, not the mean word you call people. They still sell it.  Why?  Doesn’t everyone know you aren’t supposed to smell like lavender down “there”?  It can mess up your flora and fauna and merriweather and ain’t nobody got time for that.  Antibiotics can do that too.  Which was why I had the problem with the bread dough and the owie.

Did I remember to strip my “down there” with chemicals today?

They also had petroleum jelly which I still find hilarious because they try to call it Vaseline so that people won’t realize it comes from oil products.  All on account of someone one day rubbing oil on their wound.  Yeah, seriously, I saw it on a history show on the Travel Channel.  Also they had K-Y jelly.  Do not mix up these two.  Also do not use the K-Y that is “warming”.  If by warming they mean fire, then sure, but I don’t recommend it.

I should have eaten yogurt, which has live bacteria in it, which sounds bad, but is supposed to be good.  Because antibiotics are like crazed military leaders.  They kill everything good and bad.  So you have to send more good guys down “there”.  But I didn’t.  Thus the dollar store.  Where everything is not a dollar.

Mop the floor, fix supper, pick up the kids, take care of my flora and fauna . . . I’m exhausted.

So I finally gave up and asked the girl who was mopping if they had any . . . Monistat.  Which is a brand name, and better than mentioning the actual thing.  Even though I usually use the equate brand, cause they make cheap versions of everything!  Even that!  So she said they had it, but they kept it behind the counter.  Because?  I can only assume people were stealing it.  I can imagine the conversation between the thieves.

I went up to the counter, and there was a guy standing there.  No problem, I mean, we are all adults here.  So I asked for the stuff, and the guy is like uhhh okay uh sure.  And he turns around and stares at the maybe ten items they had back there.  And the girl walks by, grabs the stuff, hands it to me, and goes back to mopping.  Poor dude.  Speaking of dudes, are any of you still reading?  If so, bravo, for you are truly proving your manhood here. 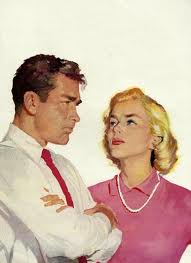 My husband is a real man, cause he has gone out and bought the stuff for me when I wasn’t there.  Yup.  He’s even gotten excited about a sale and bought several kits to have on hand. Okay that was kind of weird.  He’s also bought napkins for me.  None of this bothers him.  Which it shouldn’t, because it’s just a fact of life, you guys.

Tootie knows what I mean!

F.H.P.  It’s not so bad.  Do it for your girl.  And maybe she’ll buy you jock itch cream later.  Because everyone has a “down there”.

©Alice and aliceatwonderland.wordpress.com, [2011-]. Unauthorized use and/or duplication of this material without express and written permission from this blog’s author and/or owner is strictly prohibited and may be punished by removal of head by Her Majesty, the Queen of Hearts. Excerpts and links may be used, provided that full and clear credit is given to Alice and aliceatwonderland.wordpress.com with appropriate and specific direction to the original content.
Loading Comments...
Comment
×
%d bloggers like this: