These are the Fruit Salads of Our Lives

Well, we just had Super Tuesday, and it looks like Hillary won 7 states out of 13 and Bernie won 4 states out of 13 and I realize 4 and 7 don’t equal 13 so I’m not sure what happened.  Also Trump won 7 states, but never had more than 50 percent of the vote.  Hard when there are still 5 candidates running, one of whom (lookin’ at you Ben-o!) didn’t register once.  Also, I voted, but more on that on another post!  Since we still don’t have any clue what’s going on in this most screwed up of elections ev-ah, I thought I’d just do a post in headlines I’ve been gathering up while recovering from my latest bout of plague (thanks Obama!)

The Washington post also has some great images (non-moving gifs!) and tweets, but Gawker had the best headline.  Watch Chris Christie’s pained expressions as he stands trapped behind Donald Trump.  Time to rethink life choices, Christie.

I can see my life flashing before my eyes.

Trump Says Hispanic Voters ‘Get It’

Get that you think they’re rapists? That you want to deport them and / or employ them?  What do they “get” exactly?

Ben says “the fruit salad of their life is what I will look at” when choosing a Supreme Court justice.  I think that’s how we’re choosing president instead.  Still it got a lot of amusing tweets including:

-The Fruit Salad of Their Life is my favorite soap 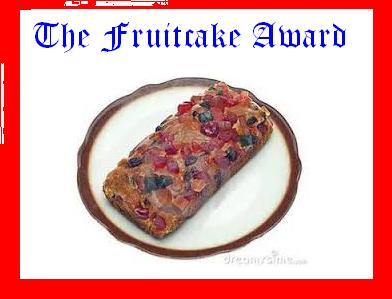 This one goes to Dr. Ben Carson!

Carson Not Afraid to Whine About Not Getting Enough Questions: Later, as Ted Cruz, Marco Rubio and Donald Trump sparred, Ben Carson could be heard yelling from the side of the stage: “Can somebody attack me please?”

You can’t make this crap up.  Sorry, Ben, you’re really not important enough for a punch.

Lindsey Graham: Sen. Lindsey Graham Jokes About Gone Bat**** Crazy GOP:   “Speaking at the Washington Press Club Foundation Dinner, Graham had the harshest words for Sen. Ted Cruz. “If you kill Ted Cruz on the floor of the Senate, and the trial was in the Senate, nobody could convict you,” he quipped.”

I’m thinking a lot of people don’t like Ted Cruz.  Like EVERY ONE of his fellow senators who won’t endorse him, for instance.

Kevin Spacey: Actor Says ‘We Get What We Deserve’ About US Presidential Election

Speak for yourself, Kev!  Pretty sure most of us do not deserve this.

Everybody do the Donald!

Hint to Hillary: Find out.

WTF does that even MEAN, Ben?  Does Obama not have a good fruit salad?

Sometimes people think words instead of speak them, Donald.  Still, if you can’t find the protester, you could always punch Ben.  He wants to be attacked.  Or Cruz.  He’s just so darn punchable. 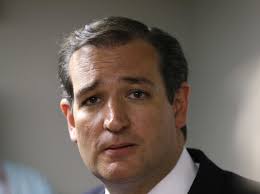 Note: I tried to find the headlines I’d picked off FB.  When I couldn’t, I substituted links.  Enjoy your fruit salad!