Voters: Are you smarter than a fifth grader?

I didn’t start out intending to be a political humor writer, but what can you do when it’s all just right there for the taking?  It’s like E.L. James decided to write a story of an election, and this is the result.

Anyhoo, I promised to tell you of my experience voting.  I went to the polls the week before Super Tuesday (the first Super voting day) with my Republican husband.  We were the only ones there.  In Texas, you have these little voter booths that resemble old arcade game machines.  You get controls too, only this one is just a dial you use to go down the list of names and select your candidate.  It is not a touch screen, as the sign (created by the poor souls who actually volunteer to register you) clearly states.  Yet every time I touch it first.  As does everyone else. 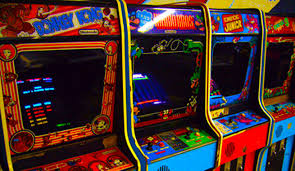 But why a rotary dial?  Are we going back to the 80s here?  I guess it fits the arcade theme.  And why does every state do this differently?  Why pregnant chads in Florida?  I don’t get it.  But I digress.  Again.  Mostly because I have to admit that when it comes to voting, I am not that bright.

Obviously I knew who I wanted to select as the Democrat’s candidate, though my husband was still somewhat undecided except for “Not Trump”.  To make this process more confusing to voters, several Republican candidates who had dropped out long ago were still on the ballot.  I wonder how many votes those people got.   It would have been extra funny if somehow Texas had elected, say, Jeb! 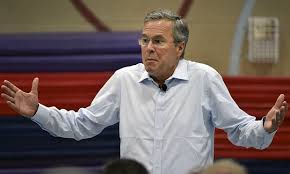 I won when I wasn’t running! Gorsh!

At least the Democrats had been narrowed down to two for a long time, so easy peasy right?   Then I got my ballot, and I realized I had completely forgotten, in spite of doing this every two to four years since I turned 18, that there was a lot of other stuff on the ballot.  Like bunches of other people I had never heard of, and even a few political positions I had never heard of, and I had to choose one.  Most only had one person, so that was pretty easy, but then Railroad Commissioner had three.  Eenie, Meenie, Mini?  For a while I was terrified I had accidentally voted for a Republican, then I remembered this was the Democratic primary.  Which means they should all be Democrats?  Theoretically?

And then came the story problems, or as the political establishment calls them, referendums.  Oops. I had not looked any of those up beforehand either.  All of these were written in legalese.  I have a Master’s degree in English (no, really!) and I had to read them more than once to make sure I was voting the right way.  There were questions like this one:

Get your thinking caps on!

Do you agree with a bill that will not permit the exercise of extreme force upon juvenile seals by way of blunt instrument?

And so you are about to say “no” obviously, cause you want to prevent clubbing baby seals!  But then you realize that it says “permit” instead of “prevent”, but that’s still “no” because it’s permitting clubbing them seals.  Wait, then you remember there’s that “not” in there, so you need to say “yes” you want a bill that doesn’t permit clubbing seals.  Right?   When did seals get permits?  I’m not sure I care about the seals anymore.  Whoever wrote up these referendums needs a club to the head.  My husband who is not an English major, in fact has a reading disability, was there for quite a while after I had finished.  He was also extremely confused.

“Me neither,” I replied.

And we went our merry way, just like most Americans.  And that is how the voting system works, kiddos! I even got a sticker.

Like the short-lived game show Are You Smarter Than a Fifth Grader, the sad news is that kids actually DO know more than many adults about politics.  They also seem to care about it.  Nevermind that none of them can vote.  Thing Two has a fellow student / arch enemy who is insane about Trump, enough that he carries around his biography like a Bible.  No kid should carry around ANY politician’s bio, especially that one.  Thing Two enjoys responding to his “Trump is Awesome” speeches with taunts of “GO HILLARY!  HILLARY FOR PRESIDENT!”  I love my kids.

If you want some proof that kids know way more than we do (and more than they should, really), here is a video with kids responding to Donald Trump’s antics, and answering questions.  You might be tempted to think they were prompted, but I believe it’s totally real, because you just don’t come up with stuff the way these kids do.  Also no adult would have that much common sense.  Prepare to laugh your head off, then feel sad for their future.  Here it is.

Now the GOP is hoping to keep the four  candidates in as long as possible in order to prevent Trump from securing enough delegates, thus allowing the party to select its own candidate, rather than the voters.  Something seems wrong with this picture.  It’s a good reason to vote, though, because if you take all the people who don’t bother, you get enough to say, keep a crazed lunatic (choose one) out of office.  And that’s just being a good American. 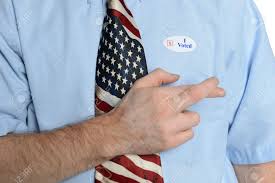 Posted in: Politics and Such, Uncategorized | Tagged: 2016 Presidential Campaign, 2016 Primary, Donald Trump, humor, voting, what are referendums?, Who did I vote for again?