Update: Still decluttering around here.  This happy joy joy life changing process is taking a while, because there’s so much stuff and I rapidly vacillate from wanting to throw it all away in a blaze of glory, to wanting to gather my stuff in my hands and spit “My preciousss!” into imaginary cameras. 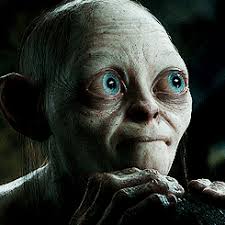 I’ve seen a lot of complaints about Marie Kondo (see that older post) and other organizing gurus and how this whole minimalism concept and the idea of throwing out extra consumer crap is only for rich people because poor people can’t afford stuff.  The writers of these articles have clearly never met a poor person.  As if you have to have money for stuff!  I’ve never had a great deal of money, but I’ve always had stuff.  People love giving you stuff, because they redecorated or they just watched Netflix and now they have a spare entertainment center, or couch, or bed, or recliner, or T.V., or child.  And yes we’ve gotten every one of those things given to us – except the child. Our children were DIY projects.

But I digress.  Time to begin. 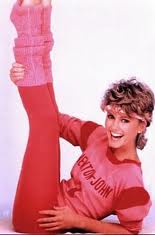 If you still have legwarmers, you’ve waited way too long to declutter.

We’ve also been given hand-me-down clothes – so many clothes – by well meaning people.  Thing One gets clothes, and Thing Two gets clothes, then Thing Two gets the clothes that Thing One just outgrew.  So she gets twice the clothes, and guess what?  They almost all spark joy in this kid, so she doesn’t like giving them up.  It’s hard to complain since my children have dressed like I spent hours in the dark searching Ambercrombie and Fitch when in fact I shop at Walmart where I can get shirts for a dollar.  One dollar shirts, guys.  Did I need the shirt?  Did they?  Well, not exactly, but hey you can wait a month to do laundry!

Maybe not the best plan.  I honestly thought I didn’t hold on to clothes that much before I started all of this, but it turns out I don’t really hold onto clothes so much as I just lose them in various places.  I have also changed size over the years, so I have clothes in various sizes because I might lose weight, or I might gain it.  You just never know.  The forties are fun!  I’ve gotten rid of bags of clothes, though, and lots of extra bed linens because there is no way I’m folding more than two sets of fitted sheets.  I’m also not using Marie’s cute little vertical napkin folding technique because it takes too damn long and I hang up most of my stuff.  Unless it’s a fitted sheet.  Then I properly cram it into my bottom dresser drawer in one giant wad, the way God intended.

Our town has made giving stuff away much easier by installing lots of dumpsters painted bright colors that are marked for the Children’s Home.  This is awesome because I can drop my junk off and not have to show my face or talk to anyone.  It’s just like I’m throwing it away, only I’m not, I’m doing a good deed just like all those people did for me!  The only problem is that you can only dump clothes or shoes into it, not appliances or electronics or children – which you’d think they’d want being a Children’s Home and all.  I do wonder if they get unwanted stuff dumped in there anyway.  For instance, I heard that someone once dumped a live chicken into the book drop at the downtown library.  It sure sounds like a hilarious idea – I mean a terrible thing to do.  Thank goodness they now have cameras to keep people from this kind of mayhem. 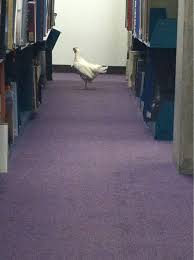 So I’ve gone through my clothes once, and Thing Two volunteered a bag of clothes in exchange for four new clothing items at JC Penny’s where we were supposed to be shopping for dress shoes for her sister’s prom.  I wasn’t going to let her get them, but then she showed me that they were three to five dollars, marked down from forty dollars, so of course I was suckered into it.  She’s smart, that Thing Two.  There isn’t a thing in her closet at the moment, but the clothes make a nice, comfy carpet, so there’s that at least.  You are not supposed to “Konmari” someone else’s items, unless you can be super crafty about it so they don’t find out.  So I still have the kids’ clothes left.  My husband has few clothes, so that’s not a problem.  The extra cars and car parts might be, since I can’t lift those into dumpsters.  Not super crafty like anyway.

So does my house look better?  Not a whole lot, but I’m making progress.  Of some sort.  While waiting for your house to transform you, I invite you to check out a different perspective on cleaning.  Jennifer McCartney (author of “The Joy of Leaving Your Sh*t All Over the House”) is the real deal.  She is sarcastic and funny and gets paid for it, which means I should hate her on principal, but I still enjoyed her books.  If only I could get my parodies to market faster.  Maybe if I marked them “Twilight Sexy Times Declutter Wars”.

Anyone else spring cleaning in April?  Let me know.  Also, do you want some stuff?