On the Second Day of Christmas Olaf gave to us

A second murder victim!  But this one deserves it so it’s cooool! 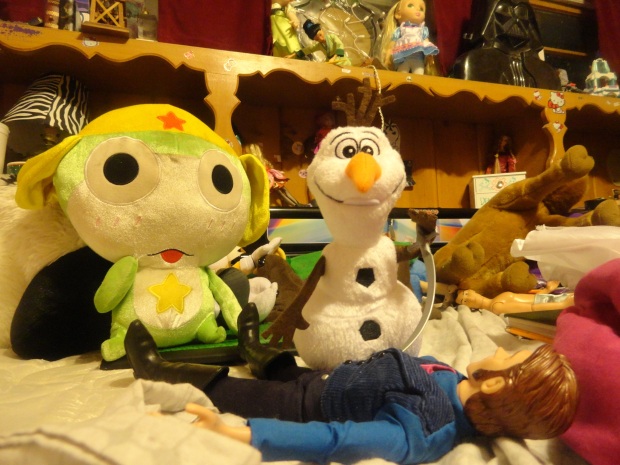 Olaf is using the “He needed killin’ excuse.”

Thing One decided to hide Olaf on the bed of Thing Two.  Hans never stood a chance against the giant snowman.

Points to anyone who can name the other items in Thing Two’s room.  They may be next on his hit list, so this is important!

While I was putting this post together, the Things broke into holiday song, recalling a popular tune from their elementary school days.  It involves Barnie, murder, and toilets.

Joy to the World

I barbecued his head!

Don’t worry about the body

I flushed it down the potty

And round and round it goes

And round and round it goes

FYI: I recall Thing One singing this in church when she was like seven.  We got a few looks.  I think that was the same visit when Thing Two changed Moses into Poseidon on her coloring sheet.

Posted in: Holiday Fun, Parenting Fun! | Tagged: 25 days of Christmas, homicidal snowman, humor, Olaf, we are totally sane, What will Olaf do next?