Today is the day Americans, or North Americans anyway, celebrate independence from England.  I’ve said this before, but I don’t know if there’s ever been a year to my recollection when it’s been more true.  England has to be celebrating independence from us.

Still, all I had to do was look at a newspaper yesterday to see that we still have reasons to celebrate, though we’ve done our best to bury them lately.  For one thing, we aren’t embroiled in a civil war.  No army has beaten down our houses, murdered us, and forced our children to fight.  That is real and happening in the Sudan right now.  I’m not just talking about teenagers here, but little children.

But there is no time for the Sudan – Trump tweeted again!  And it was a stinker, whew.  The latest was a video of him superimposed over a wrestler.  Because we all know he’s in shape.  And he’s beating the crap out of another wrestler, labeled CNN (fake news!)  Goody!  Nothing like literally showing violence toward the news media just days before we celebrate the fact that we have free press in this country.  We also have democratic elections with the exception of the Russian hacking that is becoming more apparent by the day, and the gerrymandering that politicians, especially Republican ones, use to their advantage.

Here’s a clip not just of the juvenile tweet (I’m so happy he has this kind of time on his hands to make videos like this) but also of the reaction of one of his advisors.  Yes, he applies suction fast enough, but as the video points out, he can’t hide his immediate reaction which is priceless.  Just imagine what the other countries think of us now!  By the way guys, I am not with him!

Our mighty president has finally gone far enough that even the Republicans, who up till now have been pretty spineless about disciplining him, have spoken up.  Trumpy again insulted a woman based on appearance, saying Mika Brzezinski, co-host of Morning Joe, was bleeding from plastic surgery.  She hasn’t had plastic surgery, but even if she had, who the hell says that?  I mean, besides someone used to bullying everyone around him to get his way?  Certainly not a president.  Several high ranking government officials from both parties have said essentially “For God’s sake, you’re killing us here, please grow up.”

The worst thing is that with Trump being such an imbecile, people are distracted from some very serious issues today, including healthcare.  Obama helped put the idea that healthcare is a RIGHT into peoples’ heads, as it should be.  Those people murdered in the Sudan?  That was during war.  Throwing people off of health insurance is effectively murder as well.  Poor children can die without medical care.  They can lose their parents or grandparents young.  And everyone needs health insurance because you never know when you could get hit with something out of the blue.  Cancer, Heart Disease, and Mental Illness, all of which require costly treatment, don’t send you warning letters years ahead of time.  And even if you are always healthy, you still need to pay into health insurance because that is how they pay for the truly sick people.  Just like how you pay into Social Security because elderly people who raised you need care now.  You might have heard it before – it’s called being a Christian, or simply a decent human being. 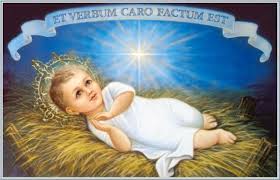 Food and medical care? But that baby’s poor! Get a job, Jesus!

My title isn’t an accidental typo.  I’m spelling phonetically, like the man in the commercial for red, white and blue pancakes who claims in a dramatic slur that they taste like “Amuuurica.” Credits to the nostalgia critic for finding this gem.  I am crying tears of patriotism.

I’m not sure what America tastes like, but these days it might have a slightly bitter taste.  Best drown it down with some beer.  The right kind of beer of course. 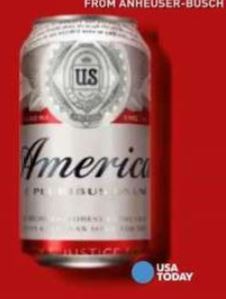 “Nothing says ‘America’ like an ice-cold can of mass-produced beer.” – USA Today

Drink while you try to figure out what the heck Google means with their 4th of July salute.

Are the animals trying to declare their independence from us too, or what?  Either way, have a good holiday even if you don’t celebrate.  My house celebrated Canada Day because it sounds nice up there, except for the cold.  We could cuddle with your Prime Minister.  Oh, wait, that’s not very patriotic . . . Happy 4th!

Today is the 4th of July, or “Independence Day” in America.  Some people forget this is actually just a holiday in America, not the entire planet.  Although, come to think of it, these days I bet Britain is also celebrating getting rid of us.  I came very close to being a sesquicentennial baby (my birthday was on June 29th thanks for remembering about that super soaker I asked for oh WAIT you didn’t) as I was born in the year 1976.

Two-hundred years before my entrance into this crazy world, there were a bunch of colonists getting their pantaloons in a wad.  See, Britain had paid a crapload of money to ship off people to colonize this great country that was technically already colonized by Native Americans, or “Indians” as Columbus brilliantly called them since he had the directional sense of a blind raccoon.  My point is, Britain had invested lots of money in an overseas project and it was, as usual, costing a wee bit more than the government had figured it would. So they were like who else can we tax for this?  We taxed the heck out of Britian already oh hey WAIT I have an idea!

So they taxed the tea they sent us. That’s right, our friggin’ TEA, people.  Nevermind that we could have say, drank water; tea was our right as British citizens!  The colonists didn’t want to pay the tax because we were not being represented properly in Britain.  At least that sounded like a good reason not to pay taxes.  If they had just allowed us to vote for people we had no clue about into office and stuff (like we do today!) we’d have been all happy and paid the tax.  I’m sure of it.  It’s not like people don’t like taxes or something.

So a bunch of guys (yes, guys, the women were busy washing their freaking pantaloons) got together and decided to dress up like “Indians” and dump a bunch of tea into the Boston harbor, thus beginning a long tradition of pollution.  A little over two-hundred years later, another group of wackos would decide to call themselves the “Tea Party” in honor of the first people to dress up in weird costumes and pollute water in order to whine and moan about the government.

This annoyed the British (they wasted TEA dangit!) so they decided to put naughty Massachusetts under the charge of the British army.  That would keep them in line. I mean there’s no way they’d still be stockpiling weapons or anything oh WAIT.  So the British army confronted some local colonial militia and traded bullets.  This was the “shot heard round the world” by people with incredibly good hearing.  The British also didn’t like that we’d kinda made our own government too, called the Continental Congress, so they called us traitors to the crown and said now we were really totally grounded, like forever.  We didn’t like that, so we decided we’d be our own nation.  Suck it, mom and dad – I mean, Britain!

Heard a disturbance in the Force, I did.

This “Declaration of Independence” happened on July 4, 1776 which is what we’re celebrating, not actually winning our independence from Britain.  That would come in 1783 when the British finally said oh heck with it and went back to their tiny, rainy country.  In between, there was a lot of bloody fighting, and we Americans love to tell the story about how our ragtag bunch of farmers defeated one of the major superpowers of the world.  We’re so proud of our history that some people actually believe that July 4th is when we won independence, not when we declared it.  We would also use this declaration, and the constitution and bill of rights that came after it, in practically every argument we would ever have again ever.  Even if the argument is about mayonnaise.

But how did this ragtag group defeat such a great and powerful army?  Here’s a few things we had on our side.

That’s not all, but I’m tired so I’ll stop there.  This is a day that we Americans celebrate the creation of our country.  But we should also remember that we didn’t do it alone.  Without Britian, many colonists wouldn’t have been here to begin with, and without the support of France, Spain, the Dutch, and many others, we probably wouldn’t have won that war. It also wasn’t independence for everyone – that would come much later for the black men and women we kept as slaves and the women of all colors whose voices we silenced.  And it would come at the cost of the independence of the Native Americans.

So today we celebrate by waving our flags and being all patriotic.  There will be fireworks, and parades, and barbecues, and probably more than one beer, firework, and barbecue related accident.  It’s the American way. 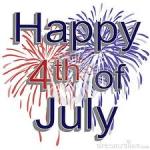