Why I am a REAL slacker mom

You know how those parenting magazines have all this advice on how to be a perfect mom?  Except they’re really clever and say it’s how to be a “not-so-perfect” mom, when in fact their version of the not perfect mom is like Donna Reed occasionally leaving off the pearl necklace while she vacuums?  Meanwhile I’m just thinking – people vacuum? 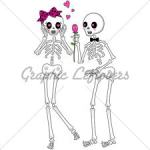 Or here’s another fun one.  How about when they have a celebrity talk about the “trials” of being a mom?  I love that one!  I mean, I’m sure it’s really hard for Angelina Jolie, what with the nannies, the household staff, and, oh yeah, the bazillions of dollars.  And how did she ever manage to get into shape so quickly?  Was it having a dietician, personal trainer and plastic surgeon on hand?  Noooo.  It was hard work, people!  She knows how to sweat unlike you lazy bums.  In fact, lately she has sweated so much that she resembles a skeleton from one of those fright houses on Halloween.  See page 25 for how you can too.

There are also tips on how to feed your children properly.  None of that prepackaged food, people.  It’s loaded with preservatives, added salt, and anthrax.  I might have misread that last one.  Anyway, you can’t be too careful.  You need fruits and veggies, but not just any fruits and veggies.  They had better be organic.  And don’t think you can get away with fruit juice, slackers.  Remember the apple juice scare Dr. Oz (he was on Oprah so you know he is totally legit) talked about?  Apparently those cute apple juice boxes some slackers send their children with in their lunches everyday actually contained high levels of arsenic.  Yeah, I don’t remember it either.  I just found that article, and it was from a year ago.  That’s how on top of things I am as a parent.

There’s also advice on how to punish junior, although it’s not punishment, people; it’s discipline.  Like how your company isn’t firing workers, it’s just reorganizing without including certain people.  There are right and wrong ways to discipline a child.  Never, ever, should you yell, even if you find out your child has decided, with the help of a partner in crime, to coat herself and half the room in Noxema.  I think the “time out” is currently in vogue.  This is where you tie your child to a chair and have him sit a minute for every year he is in age.  It works with husbands, too.  When my husband, say, leaves his power drill on the kitchen table again, I just put him in time out for thirty-nine minutes.  So far he’s just sat and read a car magazine, so I don’t think it’s getting through to him.  I might have to try another tactic.

Once I thought only lazy parents used these.
Karma!

Then there’s the good natured debate of the stay-at-home mom versus the working mom.  I love how they act like most moms are wealthy enough to make this decision themselves, rather than having it decided for them by a little something called economics.  Many moms work because they like having stuff more than their children.  You know, stuff like food.  And some moms stay at home with their kids because they have no ambition.  You know, the ambition to work hard and pay every cent to daycare.  That was my situation for a while.  I figured if I wasn’t making any money anyway, I might as well stay home.  Because if anyone was going to screw my kids up, it might as well be me.  Later, my mother, who is probably regretting this by now, volunteered to help watch my kids for free.  At that point, I was willing to pay someone else to let me work for them.

So that is why I stopped reading parenting literature and became a REAL slacker mom.  My kids still love me anyway.  Because they don’t watch Donna Reed or Leave it to Beaver. They watch the parents on the Disney Channel and Nickelodeon who, if they exist, are all morons.  I look incredibly awesome in comparison.