Right, so, today I’m supposed to find a song that reminds me of my most recent ex-boyfriend.  I’ve been married for 16 years.  All in a row and to the same man and everything.  So it’s been a while since I’ve had an ex-boyfriend.  And since I married at 22, I didn’t exactly have a lot of boyfriends.  I had one, to be exact, unless you count that guy I made out with a few times in high school that wanted to blow up the government.  For a while I wondered if I would see him on the news and be like, whoa, that terrorist dude – we totally made out. 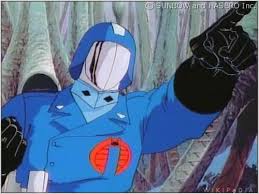 Hey, I totally knew that guy!

But back to the one boyfriend.  He was 6’4″, blond hair, blue eyes – perfect Nazi material.  Except he was a knight in shining armor.  Kind of.  We met when I was on vacation visiting my best friend, summer of ’97, and it was one of those “we saw each other across a crowded room oh wow this is so cliche but we both thought the other was hawt” kind of moments.  He and my friend were in this organization called the SCA or Society of Creative Anachronisms.  That’s a fancy way of saying people who like to dress up in medieval costumes and drink.  It was way cool.

So you can see why this was the perfect recipe for total disaster.  To say I was a daydreamer would be an understatement.  I loved fantasy – stories of knights and princesses and medieval times – or at least the medieval times without the beheadings and plague and poop in the streets.  So then I found myself in a literal fantasy world, with a fantasy guy, and I fell in fantasy love.  Just like that. 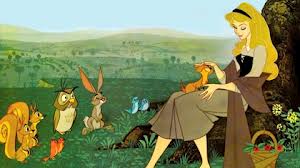 It was intense, to say the least.  It also crashed and burned fairly quickly, as most long distance relationships do, but it was a high I had never experienced before and never will again.  I love my husband.  He is the right one for me.  But it’s not the same.  He’s real.  And Eric was not.  At least, I never had the time to really see how real he was.  We acted a fantasy, and then the fantasy ended.

So the song I would choose would be “Dreamtime” by Daryl Hall.  This song was written during a brief split he had from John Oates, and was the only successful song on his album.  Still probably forgotten by most.  The two ended up getting back together, probably because Daryl was in dreamtime to think he had the brains to manage a career by himself.

What Daryl Hall sees when he closes his eyes

Anyway, here are some of the lines that I think fit:

You turn a corner and you see a door
Walk on through, throw yourself on the floor
Oh, when you’re looking up, it’s no surprise
Standing there is a man with movie star eyes

And so I did wake up.  And came crashing down.  I thought I would never, ever love again.  Until I found my husband.  And married him a year after I broke up with my first true love.  It hasn’t been sunshine and roses.  It has been hard as hell.  But he isn’t a lie, and I’m no longer sleeping.

I’ve left the video here for you.  Yeah, it’s cheesy 80s, but it has some beautiful imagery.  There’s also a bit of Alice in Wonderland thrown in there (imagine that!).  The violin solo at the end is my very favorite part.  Enjoy.