I’ve been on this weight-loss journey a while, and I figured I should let you know my results.  You know, as in how much weight I have lost.  Here goes: 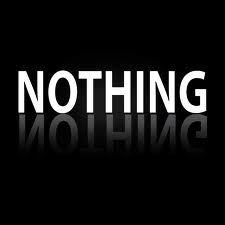 Unless you count the random five pound loss, or the fact that, I swear to you, I can step on scales, then wait a second, step on them again, and get different answers.  I’m not just talking about one scale either.  I think scales are powered by tiny evil fairies.  And what the hell with the pants sizes?  I wear a size 14.  When I try on pants in this size, a few fit, some are loose, and most are tight.  The same size. Sometimes even the same size in the same brand.  The clothing industry: also powered by evil.

Have I exercised more?  I think so.  I go up and down on that.  When my asthma acts up, I don’t do as much.  Asthma makes it even easier to do my favorite activity since becoming a parent: sleep.  Sometimes I don’t do as much because I’m just tired and lazy.  But other times I manage to at least get myself on the exercise bike I bought.  I’m determined not to let that thing become a coat rack.  I love the calorie counter on the  machine.  It tells me I burn 100 calories with about ten minutes of relatively light pedaling.  Some people in the reviews said they thought this calorie counter was slightly off.  Pooey to you people, mine is just right.

What about nutrition?  I do try to eat more fiber. On the other hand, I’ve also eaten out more than I should.  I read an article, though, that says this is not my fault.  McDonalds has subliminal advertising that tells you to eat their fries and kill your parents.  You just play their commercials backwards and you can hear Ronald saying this, plain as day.  The fast food industry: clowns = evil.

In all seriousness, there is one thing I do not like about this journey.  And that would be the feelings of shame.  Shame that you are not as skinny as you should be.  Shame that you ate a milkshake.  And cookies.  And . . . good Lord stop eating already!  Shame that you didn’t exercise enough.  Shame that your clothes don’t fit.  Shame that you, single-handedly, have caused the medical industry to implode because they have to treat your sorry overweight behind.  Because, you know, skinny people are never ill.

According to the BMI, which is totes accurate, I am overweight.  My GP told me I could stand to lose 30 pounds.  My OBGYN told me she thought that was too much.  15 pounds would do, but she wasn’t seriously worried.  Even the medical establishment can’t agree on this crap.  One day I was lying around feeling blue.  Thing One asked me why I was Sad Pony.  I told her it was because I hadn’t lost weight.  She said, “Aw, Mommy, you’re perfect.”  I knew I liked that kid for a reason. 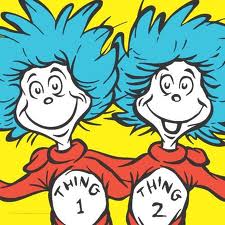 Thing One and Thing Two: Best Trainers Ever

My blood pressure is low.  I have perfect cholesterol readings.  But according to some, I’m going to drop dead of a heart attack any second because eek – overweight!  But while I do not have a perfectly slender figure, I’m not obese.  These people are the ones who are looked at with absolute disdain.  They are judged by both sides of the political divide as inadequate.  Lazy, weak-willed, hideous creatures who should be shuttled off to live under rocks.  If they could fit under them.

Does this mean I’m advocating for “fat pride” and think people should just eat twinkies all day long?  No.  But I don’t understand the shame put on overweight people by our society.  Heck, even what is considered overweight has changed drastically over the years.  Now the ideal weight for a woman requires that said woman have no behind, no breasts, no curves.  A stick figure.  Just what every man wants, right?

That’s why I like Sir Mix-a-Lot.  Sure, you could say the guy degrades women, but hey, he likes big butts and he cannot lie.  I like a man who likes big butts.  I happen to have one of those, Sir Mix-a-Lot, and I salute you for your stance.  My husband seems happy enough with my behind as well.  I am the one that is unhappy.

I put a lot of pressure on myself to lose weight.  Determination has helped me get through three degrees, two pregnancies, and several depressive episodes.  But here I am slumping.  I add work, kids, house, chronic allergies, depression, and reality shows, and man, I feel like I’m carrying a huge weight all the time, and I’m not talking about the weight centered in said behind.  I’m talking about the weight on my shoulders.  And I’m incredibly fortunate. I have a great support system and I have a job with benefits.  I don’t want to think about women who don’t have that, yet hate themselves because of what a number on a scale, or a BMI reading tells them.

After judging Jillian, Devil Trainer from Hell, I decided to be fair and watch an entire episode of Biggest Loser.  Is it inspiring that these people lost tons of weight?  Sure it is.  But is it worth it to do it that way, that drastically?  I don’t think so.  The hell these people are put through at Camp Snoopy Fat-Butt is not reality (Thank God.)  I watched the people stepping on the scale after one week on this ranch.  One week.  And the expressions of sadness when they only lost eight or nine pounds.  WTF?  Any reputable medical doctor would say one to two pounds a week is optimal.  But these people are dropping over 20 pounds a week.  Healthy?  I don’t think so. 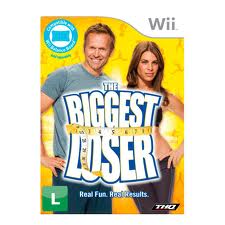 Jillian: I hate you.

Yet America cheers them on.  Way to go, Fatty!  As long as you lose weight, who cares how you do it?  Who cares what it does to your metabolism, your heart, your mind?  Skinny is king.  Even anorexics are looked on with less vitriol than those with a few extra pounds, yet who is the healthiest?  Remember the Amazon I talked about at the gym?  That lady had probably forty pounds on me easy.  Yet she could move like nobody’s business, and left me panting in the dust.

Yoda has a saying, one I love so well.  “Size matters not.  Look at me.  Judge me by my size, do you?”  Here’s this freaky little green guy about two feet tall, yet he can lift star ships out of a swamp.  Likely no one would ever look at that little runt and think he could do something like that.  But the media, and popular culture are like whiney, short-sighted Luke.  It’s too big!  Luke was tall, handsome, and in great shape.  But compared to Yoda, especially, he was a total nit wit.  I’m surprised Yoda didn’t dunk him head first in the swamp. 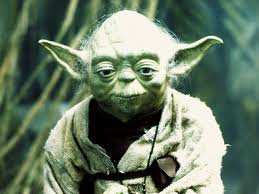 That’s what I’d like to do with popular culture that says those I know who are categorized as obese are not worthy of respect.  Who says that they don’t deserve medical care because don’t fit into a certain size.  Who makes women my age feel like failures because after making and cooking the bacon and taking care of the kids, we don’t look like the models on T.V.  Who makes girls as young as my twelve year old daughter not want to step on the scale.

Is this just an excuse not to lose weight?  No.  It’s just a frustration. I’m still trying to get healthier, because that is better for me.  If pounds come off with it, that would be great.  But I’m not beating my head against the wall any longer.  It hurts too much, and I have enough on my plate of life to put too much stock in what’s on my dinner plate at the moment.  I’m a mom, and I’m tired, and I just want to feel good about myself for who and what I am.  And until I feel that way, it doesn’t matter what my size is.