In light of recent events (like everything), I have made a monumental decision.  I have decided to leave the human race.

I’m going to become a house cat.  Note I am referring to “house” cats here, as in cats who don’t have to work the streets and stuff.  How?  I have a plan for it and everything.  No need for you to know it.

1 Cats aren’t worried about human stuff like bills, the “P” word, bombs, Justin Bieber, or food.  All they need is supplied for them by the human.  If the human is slow, you only need to rub its leg or lay on the floor showing your belly.  I have tried this as a human to get my husband to fix supper for me, but it was ineffective. 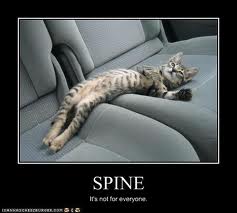 2 Cats don’t have spouses, and they kick their kids out as soon as they can sort of see and walk.  They don’t even have to potty-train them.

3 Cats don’t have to go to work.  Their job involves looking cute until fed, then ignoring everyone around them.  This is sometimes allowed at work meetings, but otherwise they expect you to actually produce something.  Eventually. 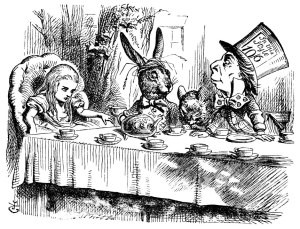 Darn it, tricked to another meeting by donuts!

4  75 percent of shows on the Internet are about cats.  They never run out of programming.  They can even become stars simply by looking grumpy.  I have yet to be paid for this, yet I do it very well.

I make more money than you do. Bwahahahaha.

5  Cats are allowed to sleep 16 hours a day and no one calls them lazy.  They can even curl up and sleep in someone’s lap.  This is often frowned upon if you are a human, especially if you are not related in some way to the lap. 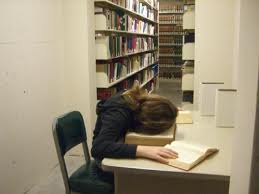 Lazy if human. Normal if cat.

These moves are much cuter on a cat than a human.

7  No chores for cats.  The human will clean mess up for you, even the toilet.  All that hair you shed on a regular basis?  The human.  You don’t even have to thank them, or acknowledge their existence.  Like children and spouses in a typical human family. 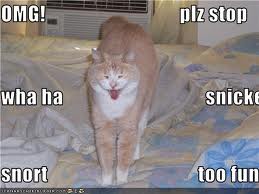 Haha, pick up my poops, human!

8  You never need to take a shower, cause you have a tongue for that!  That sort of behavior might land you in a mental hospital as a human, but is totally normal for a cat. (I’m not sure I would like this one as much, unless I was a cat.  Then who cares?  Look at my butt!)

If yoga is acceptable, why not?

9  Cats can just zip off any time they want, and not return for hours, and no one questions it.  The last time I tried this, the people at work were super annoyed at me. 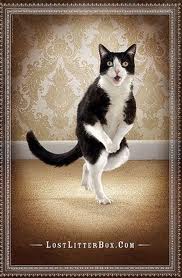 Look I had a two hour bathroom break, ‘kay?

10  Cats don’t have to worry about the rest of the world, because they have already peed on their part of it to make sure it’s secure.  Humans could solve so many problems this way, if they just stuck to their own porches and litter boxes. 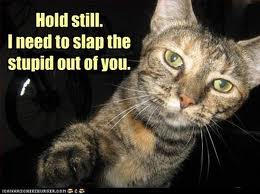 Message to the human race.

And that is why I want to be a house cat.  I’ll let you know how it works out.  Or not, because if I succeed, I will no longer care.  I’ll be eatin’ my vittles in front of the computer until I fall asleep in someone’s lap.  That is the life.

Posted in: Uncategorized | Tagged: cat gifs, cats, humor, I really have nothing to say, I want to be a house cat, meow, sick of politics