So last Thursday we had a snow day.  Wait, let me say that better.  Snow dayyyyyyyyyyyyyyyyyyyyyyyyy!  Wooot!  Bounce around!  Stay in jammies all day, no work, no school!  As you can see, I still react to snow days the way I did when I was the Things’ ages.  But who doesn’t like a free day off?

Still, we should be thankful for who was responsible for dumping snow and ice on us in just the right amounts to cancel work (rather than just enough to make it crappy, which is what happened the next day).  That’s right.  Elsa, the snow queen from Frozen, finally did something right!  Unfortunately, her friends weren’t quite so happy.  My Things got it all on film. 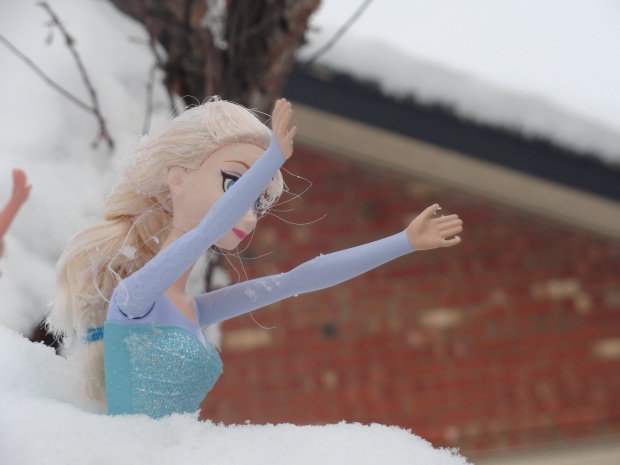 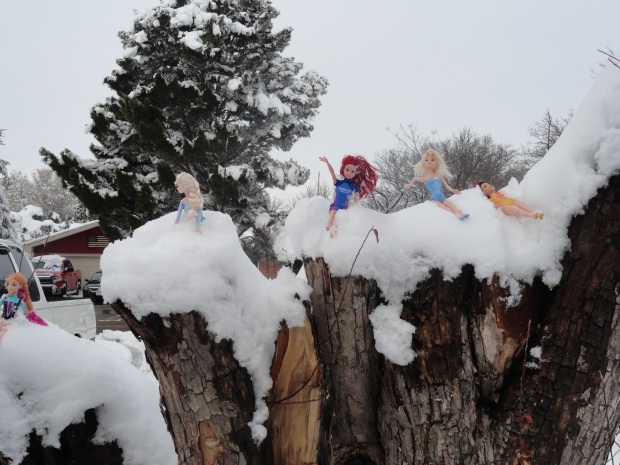 The other princesses aren’t too happy with the situation, especially since they were at a beach party and have no pants.

If all of you would quit whining, I wouldn’t have to freeze stuff! I don’t care about Prince Charming’s new hairpiece, or how cute Kristoff’s buns are, I’m not getting a boyfriend soon and I hate shrimp!

Elllllsa! Are you off your meds again?

I’m gonna freeze more than your heart and brain this time, Anna! 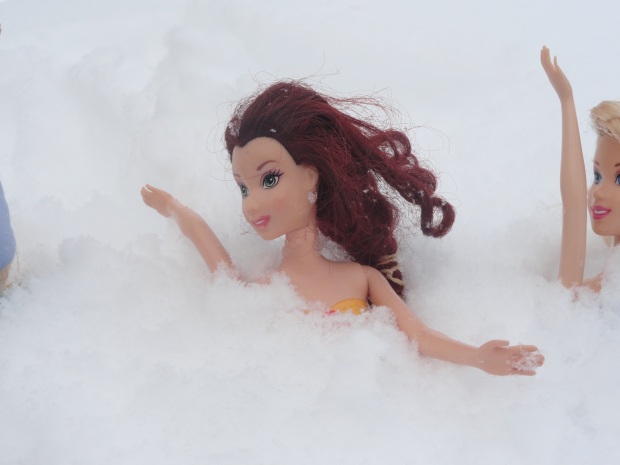 Uh, Belle, last book she read was the original The Snow Queen. 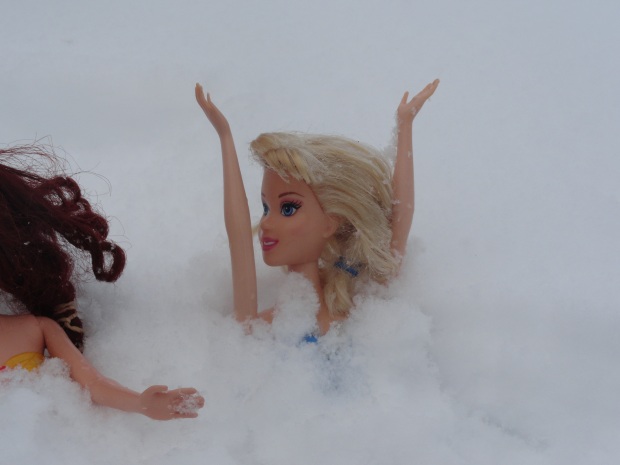 My Charming does NOT have a hairpiece!

At least my hair looks good in the wind. Ready for my closeup!

Elsa, if you’d just get a nice boyfriend like me, you’d feel better.

Kristoff DOES have nice buns.

Hmm, maybe I should think before I speak and not rile her up so much. Nah. 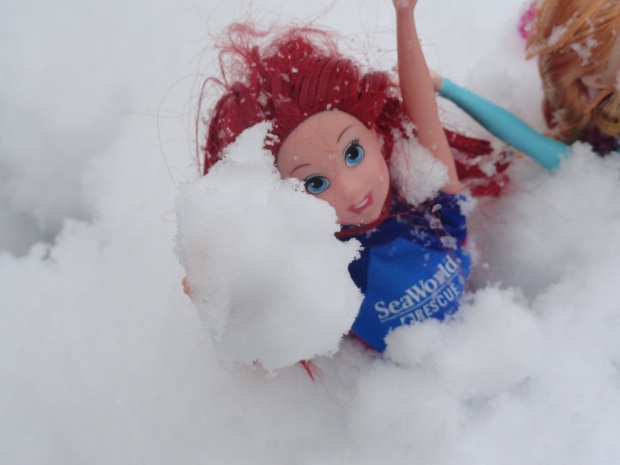 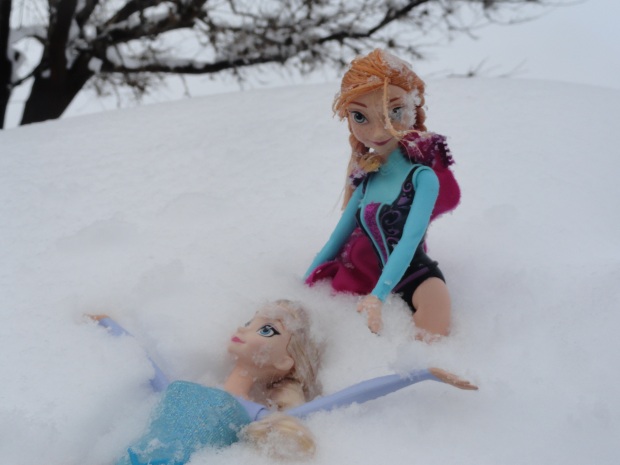 Heh heh, now would be a good time to drop snow on her face!

You can probably guess what happened next.  It was a while before the snow cleared up, and even longer before the ladies decided to go without pants.

All pictures and doll arrangements made by Thing One and Thing Two.  I just loaded them and helped with captions.  Hope Elsa doesn’t get too mad at all of you – or at least gets mad just the right amount.