alice does speech to text and it goes horribly wrong

Okay, so like I haven’t written lately because I have a problem with my arm. And that, my arm hurts a whole lot because I did something to it. it all started when I thought I was having a heart attack and then things got worse. Right, so I started having pain in my shoulder and squeezing pain in my arm and also my chest was hurting really bad and I thought just not seem like a good thing and maybe perhaps I should go to the doctor. So I went to our local Urgent Care which I thought might mean tear that was urgent, but I  was wrong. no but you can’t backspace in this it just writes backspace. Shiny way I was wrong because we have covid-19 right now, and if you don’t have that the nothing else matters late the incubation. 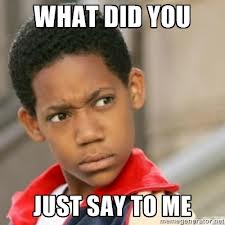 What the heck did I just write? I have no idea.  anyway why is it not capitalizing? I’m not sure. are you still following me, because I don’t think Google Docs is following me any longer. this may be slightly harder than I thought it was going to be. maybe if I spoke a different language. Wright’s okay if I start a sentence with a word that I’m not supposed to start a sentence with like that is not grammatically correct apparently that does not get capitalized then no. At least I think stop so not stock stop. I meant to say stop. OMG hey I got that one right. Way to go Google Docs good on you! new line no no that’s supposed to go to a new line or new paragraph

Why thank you Google Docs. You finally got it right. what on Earth was I talking about? hey why wasn’t what capitalize and in Hawaii wasn’t hey capitalized know why wasn’t hacap like I Hawaii. this is starting to read like something written by one of my treasured internet trolls that does not know the English language. What I meant to say was why wasn’t hey yes capitalized, not anything about the Polynesian Islands. OMG how do paralyzed people  get anything written that makes any sense at all. I wonder what would happen if I tried Spanish. Donde esta el Bano? okay that’s interesting, because Bano means bathroom. there’s no reason to capitalize bathroom unless it’s a very important bathroom. Like maybe the president’s bathroom is capitalized

UC I and now speaking in text what I was trying to say was that Google Docs did something right and that it started a new paragraph. except each time I said that word it made a new paragraph. Just like saying. Now just like that. tried to say  the punctuation mark at the end of a sentence. Instead it made that Mark. why is Mark capitalized? Who is Mark? Nevermind.

So anyway I found out extraordinary news. not about my arm I’m still waiting on the MRI after only two doctors appointments. no the extraordinary news it’s about  E. L. James. did you know she wrote another book? actually she wrote three new books. Well she’s sort of wrote three new books. one of them is a new adventure that is really awful according to reviews though some of these reviews are by people who actually liked the first three books so I’m not sure we should take them seriously. the other two books are told from the point-of-view of Christian Grey. Because we all wanted to get into psychopath head didn’t we? so you know, I’m of course going to have to read this book. why? but weirdly enough as horrible as those last books were it’s sort of what made people read my blog. so maybe if I read this latest pile of greatness, I might get all new fans. are possibly people attacking me because this this book has good reviews on Amazon. On the other hand it also only cost $5 at the moment and what else do I have but time and a non-working arm? 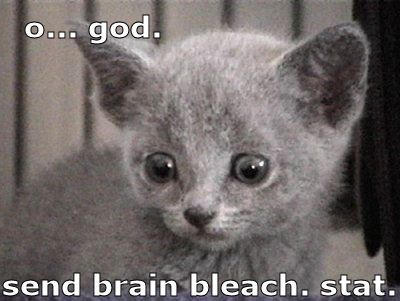 Soooo many other things, says Kitty.

so here I am staring at this book called dot-dot-dot wait for it dot-dot-dot Gray. only it’s gray with an e. yep I has one large eyeball on the cover. I am so excited I can hardly contain myself. don’t worry I haven’t forgotten about Boppo. the evil clown will make return as soon as all parts of me are functioning, or at least some of the parts are functioning. I can’t speak for my brain. so anyway, how are all of you?

Nope, not creeped out AT ALL.

©Alice and aliceatwonderland.wordpress.com, [2011-]. Unauthorized use and/or duplication of this material without express and written permission from this blog’s author and/or owner is strictly prohibited and may be punished by removal of head by Her Majesty, the Queen of Hearts. Excerpts and links may be used, provided that full and clear credit is given to Alice and aliceatwonderland.wordpress.com with appropriate and specific direction to the original content.
Loading Comments...
Comment
×